History of Acoustics in France
Edit

The last decade has seen a rise in scholarly attention to relationships between music and science. Most research in this trend has focused on processes of knowledge production and cross-fertilization within and across scientific laboratories, instrument makers’ workshops, and scholarly institutions, particularly in Germany, England, and the United States. This project expands on these studies by uncovering the rich history of music and science in France and its colonies from the late eighteenth-century to the present and addressing the broader implication of these exchanges for social life as a whole. It does so through two collaborative research projects:

The Powers of Sound. Music and Science in France from the 1789 Revolution to the First World War

Focusing on France as our research site, this project led by Fanny Gribenski and Jillian Rogers (Indiana University Jacobs School of Music) addresses questions of music, science, and power in this country during the long nineteenth century. With its highly centralized political, scientific, and musical systems, France offers a good entry point into music and science's entanglements with other institutions, networks of actors, and instruments. The project analyzes various instances of the co-production of musical and scientific practices, showing how their interactions shaped and were shaped by military, religious, industrial, social, or environmental contexts both in France and abroad. In addition to expanding the scope of investigation into relationships between music and science, this research draws detailed and nuanced examinations of circulations of power in relation to sound through meticulous archival work. Through this double reconfiguration of the scale and scope of inquiry, this project offers a new framework for understanding the development of scientific and musical practices, while also emphasizing the significance of these practices’ relationships for broader histories of society, culture, and politics.

In December 2020, we will be holding a small authors workshop at IRCAM and plan to publish a special issue in 2022. In the coming years, we will pursue these investigations on the longue durée, from the early modern period to the present. 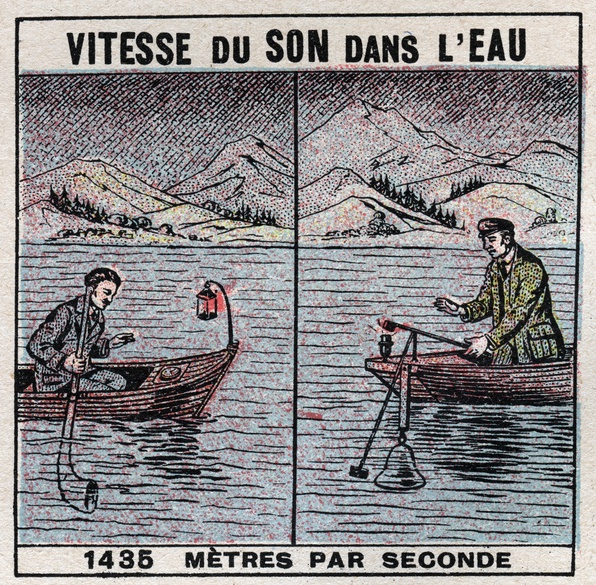 The Making of Musical Acoustics in Paris since 1945

This project is the organic prolongation of multiple collections of historical and ethnographical data involving the participation of people interviewed by members of the APM team over the last few years. Led by Fanny Gribenski and involving Nicolas Donin, François-Xavier Féron, Giulia Sarno, and Laura Zattra, it aims to trace the intellectual and material history of interactions between art and science surrounding sound in Paris since 1945. Through semi-directed interviews with representatives of various institutions dedicated to musical acoustics (LAM, IRCAM, GRM, AFNOR, Radiodiffusion…), we intend to highlight the effects of networks on a triple scale—local, national, and international. Drawing on oral history as a counterpoint or an alternative to archival work, this project intends to gather numerous testimonies, thus completing, or even deconstructing established narratives such as the ones produced by a hagiographic history of musical creation and technological innovation. It also aims to provide future researchers with interviews and documents published on the Sound and Science: Digital Histories database.