Somax 2 is an application for musical improvisation and composition. It is implemented in Max and is based on a generative model using a process similar to concatenative synthesis to provide stylistically coherent improvisation, while listening to and adapting to a musician (or any other type of audio or MIDI source) in real-time. The model is operating in the symbolic domain and is trained on a musical corpus, consisting of one or multiple MIDI files, from which it draws its material used for improvisation. The model can be used with little configuration to autonomously interact with a musician, but it also allows manual control of its generative process, effectively letting the model serve as an instrument that can be played in its own right.

While the application can be used straight out of the box with little configuration (see Getting Started), it is also designed as a library, allowing the user to create custom models as well as set up networks of multiple models and sources that are listening to and interacting with each other.

Somax 2 is a totally new version of the mythical Somax reactive co-improvisation paradigm designed in the ircam Music Representation team but never publicly released yet. Written in Max and Python, it features a modular multithreaded implementation, multiple wireless interacting players, new UI design with tutorials and documentation, as well as a number of new interaction parameters. 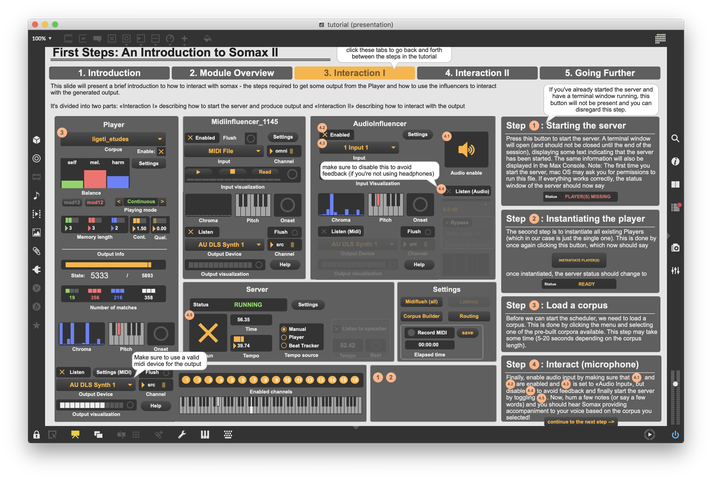